A regular expression is a group of characters or symbols which is used to find a specific pattern in a text. 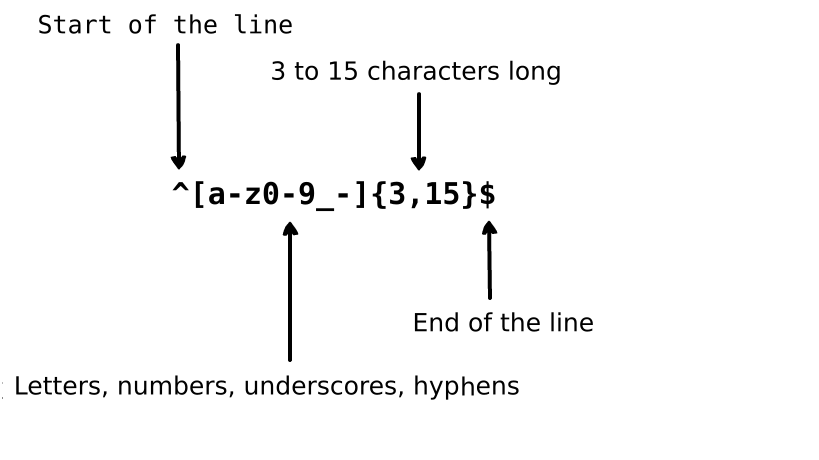 a period inside a char set means a literal period

braces(also called quantifiers) are used to specify the number of times a character or a group of character can be repeated. Examples: